Everyone’s drains get clogged every now and then. With all the grease, food, soap and debris, the plumbing pipes can’t help but get clogged.

There Are A Few Options When This Happens 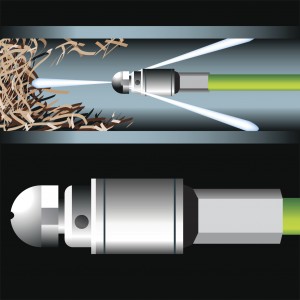 You can purchase a drain cleaner, but they typically do more harm than good. The same harsh chemicals that eat away at the clog also eat away at your pipes, causing pinhole leaks that can cost you big time in repairs. They also aren’t good for the environment.

You can pay a plumber to snake the drain, though that will only solve the problem for a little while, before you know it, you will be back in the same situation.

To solve the problem completely, you can contact Orlando Septic Service to perform hydro jetting. Removing all the debris in the pipes, including the blockage, which means you won’t have the same problem in a few months.

The reason hydro jetting is so popular is because it is the most effective way of cleaning your plumbing pipes without damaging them.  This goes well beyond the clog itself, it also cleans out all the debris that has built up. A snake just gets to the clog.

The hydro jetting forces everything inside the pipe, debris and dirt, preventing clogs in the near future.

How Can Hydro Jetting Saves You Money

Hydro jetting is much quicker than snaking and less toxic on your plumbing than liquid drain cleaner. With hydro jetting everything in the pipes is washed away, leaving nothing to create a new clog. Which means you save the frustration of dealing with another clog.

Not only is hydro jetting safe for older pipes it is far less caustic than traditional drain cleaners and doesn’t introduce corrosive materials into the plumbing system.

Orlando Septic Service is proud to offer an environmentally safe and economical way to clean your pipes, both residential and commercial. Stubborn material, grease, even tree roots can be cleared out by the power of water. Affordable and safe way to unblock your plumbing system.